2. The adhesive is a special material containing solvents, it is a certain process condition, coated in the original aluminum foil dark side (or light side), after drying the formation of the adhesive layer, the heat sealing strength of the product plays a decisive role. At present, most domestic manufacturers use imported raw materials to prepare adhesive, the product can achieve a higher heat sealing strength. But the price of imported raw materials is too expensive, in order to get the high profits of the products, some strong scientific research forces of the manufacturers began to research and develop similar domestic raw materials. 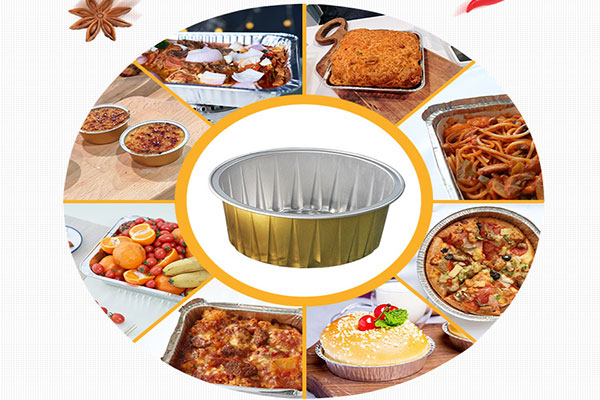 5. To achieve the ideal heat sealing strength, it is necessary to set a certain heat sealing pressure. If the pressure is insufficient, not only can not make the adhesive layer of the product and PVC film fully fit the heat seal, or even make the bubble between the two, not to achieve a good heat seal effect. Therefore, the national standard stipulates that the pressure of heat sealing is 0.2×10Pa.

TAGS:
Prev:
Do You Really Need Both Tin & Aluminum Foil in Your Kitchen?
Next:
23 Ounce Aluminum Food Containers 3 Compartments
Welcome Your Inquiry
we will reply you promptly after receiving the information.
About
Home
Email
Whatsapp
Chat Now